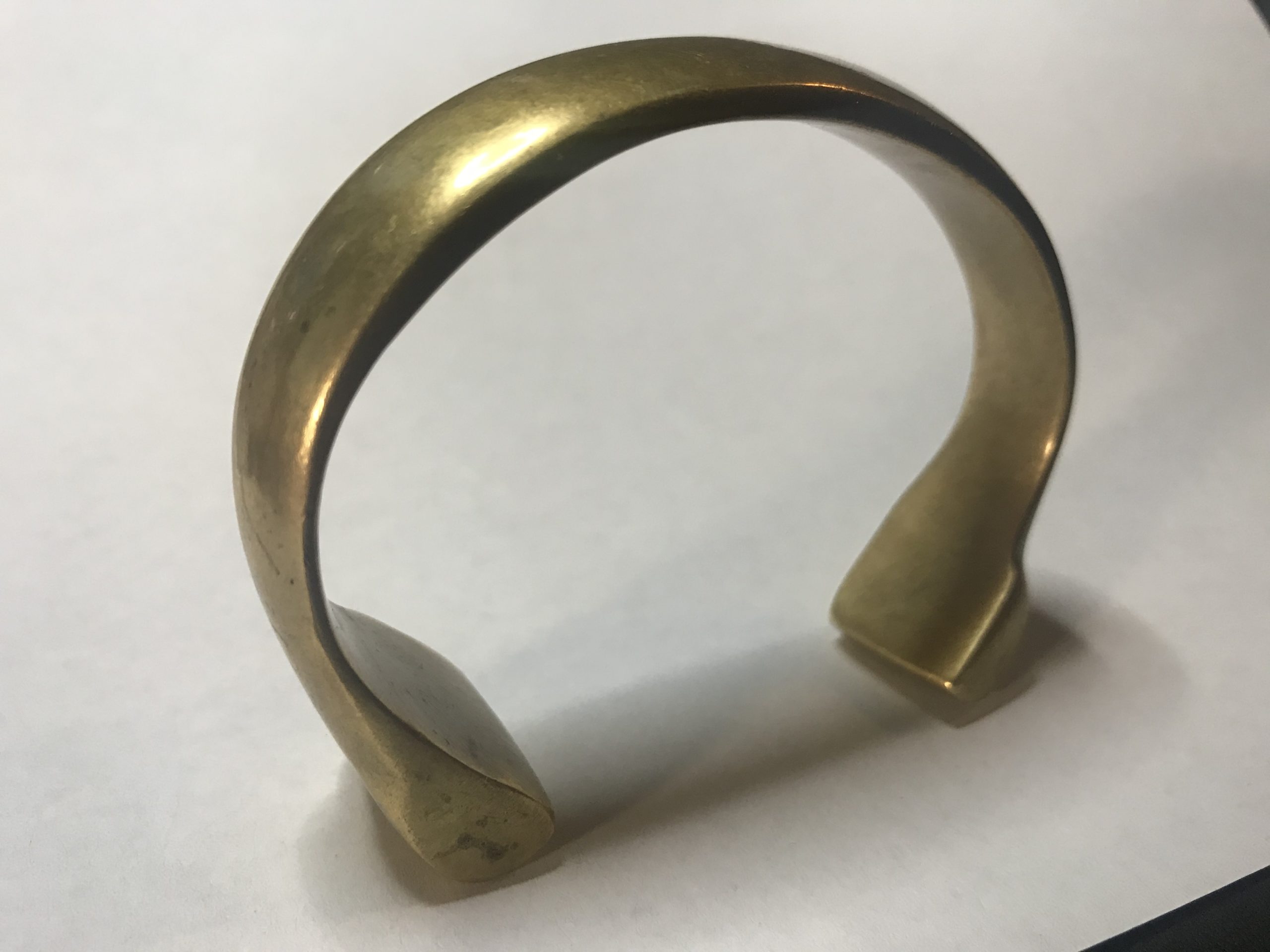 I found this primitive brass cuff bracelet at a garage sale. My friend Bob and I were out early once Saturday morning armed with a list of garage sales we were going to visit. They were sales we found listed in the local newspaper. The bulk of the sales didn’t open until 9 am, but a couple started as early as eight.

We stopped at the first sale where we were able to pick up a couple small items. A pretty good start to the day and we were off to the second sale. We drove by the house which had about six cars parked on the lawn that looked like they were there for a while judging from the water vapor on the windows. First thing my friend Bob says to me is, “they must have been up partying late, they aren’t even awake”. We both laughed about it and I said let’s do a big loop scouting for other sales and we will swing back by in about 20 minutes.

Well, we did swing by with no change to the situation. We pulled over and figured we would rethink our plan. As we did, we realized, we were really stuck in that area for another 20 minutes or so because we were stuck in a strange area where the next sales weren’t until 9.

We didn’t do the knock on the door, “Hey I thought you were having a sale”, we instead did some drive by’s until it was time for us to head to the other sales and unfortunately, we came up empty handed. Not anything we hadn’t had to deal with before, so we just moved on.

It turned out to be a great morning and we headed home. Later that afternoon, probably around 1 pm, I was headed to the flea market to drop off some items and do a rearrange when I decided I’ll swing by the place from earlier to see if they ever did open up. To my surprise, it was open, so I stopped. There were about 6 people there, looking through items when I walked up. A young guy in a lawn chair peeks out from his hoodie and says, just ask for a price and Ill give it to you, and then proceeds to pull the hoodie back over his head, fold his arms and lean back to nap. I about busted out laughing right there because Bob was right, they must have been partying pretty hard last night and he was for sure hung over.

Lucky for me, I found some great items including this primitive brass cuff bracelet. It is very heavy and thick. No adjusting this bracelet to fit around your wrist. It’s the size it’s going to be.

I am selling this Primitive Brass Cuff Bracelet on my I Flip It page: http://www.cavepicker.com/i-flip-it/

Read about my other stories here: http://www.cavepicker.com/category/picker-stories/

Bracelets have an interesting history: https://en.wikipedia.org/wiki/Bracelet 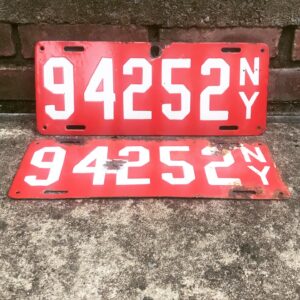 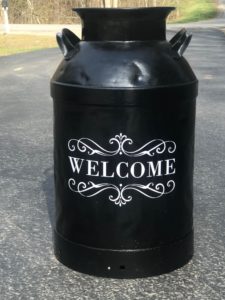 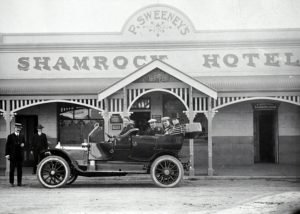 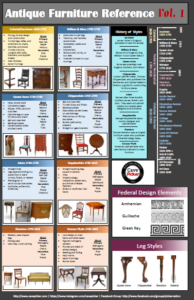